The word "Ayurveda" is a Sanskrit word that literally means Ayur "life", Veda "knowledge". Ayurveda defines life "Ayur" as the combination of body, senses, mind and soul.
Ayurveda is the traditional medicine of India. It has been practiced for more than 5000 years by millions of people to help the body on the journey back to optimal health, it is a holistic science that has a global vision of the human being.
Ayurveda has three purposes that are: Maintain and preserve health, promote health and cure disease. 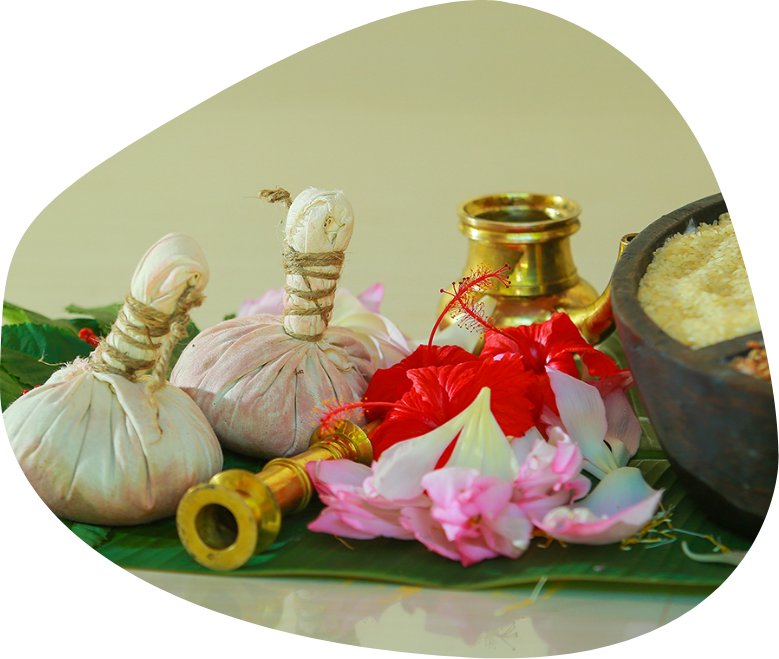 The three great texts of Ayurveda.

The principles of Ayurveda have been transmitted through the centuries in its purest form, thanks to its three great surviving texts:
The Charaka Samhita, written in the first century BC by Charaka, a legendary doctor.
The Sushruta Samhita written in the century IV DC by the great surgeon Sushruta.
The Ashtanga Hridaya, which is the eighth-century work of Vaghbata, another great philosopher-doctor.
These works became the basis on which the two schools of Ayurveda, the medical school of Charaka and the school of surgeons of Sushruta were developed.
In the following years, sixteen major supplements were added. They were known as the Nighantus, and helped refine existing Ayurvedic practices.
New drugs were discovered, new diseases were defined and new treatments emerged.
More than 2000 plants and herbs with healing properties were identified in these supplements.
The original texts were also revised:
The Charaka Samhita of Dridhabala in the 4th century.
and
The Sushruta Samhita of Nagarjuna in the 8th Century.
Ayurveda grew over time and now consists of eight specialized branches, very much in line with modern western medicine. These eight specialized branches are:

In Ayurveda, the five elements are philosophical concepts rather than elements in the scientific sense of the word. They are the basic principles of the universe and, as such, the primary components of all living beings.
The 5 elements in Ayurveda are:

The element earth, represents the solid state of matter and together with water is responsible for the physical constitution of the body. Bones, teeth and tissues are considered elements of the earth. The earth connects to the nose and smell.

Water represents the liquid state of matter and indicates change or instability. Water is responsible for the metabolism of fluids in the body, so blood, lymph and other fluids are considered elements of water. Water is connected to the tongue and the sense of taste. Water is the dominant element in Kapha Dosha. Water and earth form the Kapha Dosha.

The fire element represents the form without substance and has the power to transfer the state of any substance. In the body it is responsible for digestion and perception and is connected to the eyes and therefore to the eye. Fire is the dominant element in Pitta Dosha. Fire and water form Pitta dosha.

Wind or air represents the gaseous state of matter and indicates mobility and dynamics. In the body, the element of the wind is responsible for the respiratory system and is necessary for all energy transfers, since air is the key element necessary for the fire to burn. The wind connects to the skin that perceives touch. Air is the dominant element in the Vata Dosha.

The ether element represents the space in which everything takes place. In the body, it is related to all hollow or empty places in the body, such as the channels and pores and the ears that perceive sound. Together with the air element, the ether forms the Vata Dosha.